The lines of the imagination: LA LINEA 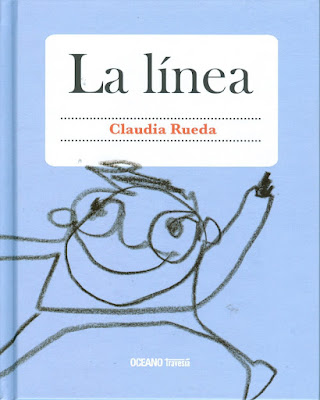 Drawing is taking a line for a walk
Paul Klee
When I was a little, I had to do hundreds of what we called planas at school. A long repetition of curves and lines that would make us become better at scriptwriting. Meanwhile, my imagination would go to many different places and also the pencil I had in my hands.
In this book I wanted to play with the idea of the connection between the mind and the pencil, and also to celebrate the joy of the imagination.This is the review from Oceano Travesía:
This original book is made up of a line. It's a simple pencil line that one day gets bored of doing exercises on the page of a grid notebook and decides to escape from the classroom. The line goes to the city, climbs up high mountains and reaches the ocean, where it faces the fearsome pirates. It is then that readers realize that the true protagonist of the story is a child named Leonardo, whose imagination flies in the middle of the class. While his colleagues practice calligraphy, he goes on the adventure.
Oceano Travesía 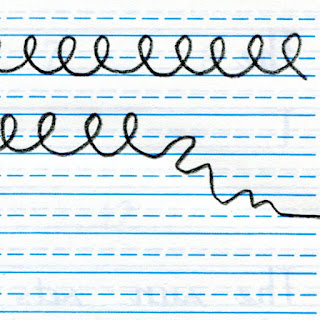 Posted by claudia rueda at 3:21 PM